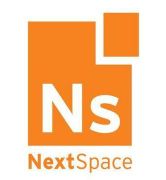 LAdobe is pleased to announce that after our July 28 meeting at Border Stylo in Hollywood, which is in the process of relocating, the rest of our meetings for 2011 (not including the October 1 mega-event, Sidekick) will take place at NextSpace, a new co-location facility located on the corner of Main and Culver Blvds. in downtown Culver City. We’re pleased to be working with such a great new facility in a thriving part of LA. There are many parking lots available in the area all offering at least two hours free parking and many of the parking meters nearby are timed out at 6pm with others going off a 7 or 8pm. Downtown Culver City has a thriving restaurant scene including such standouts as Tender Greens, Ugo, Rush Street, City Tavern, Native Foods, Bottlerock and many more. So it’s a great idea to plan a nice dinner or Happy Hour prior to our meetings or a late night drink afterwards. So start planning for our first event at NextSpace on Thursday, August 25 with Photoshop guru Stephen Burns and we’ll see in Downtown Culver City!